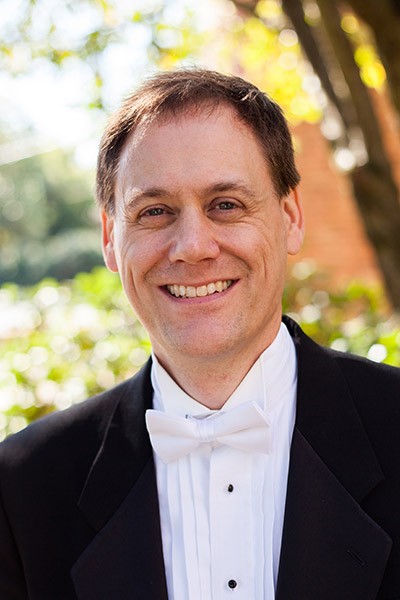 David De Lyser is an Associate Professor of Music and Chair of the Performing and Fine Arts Department at the University of Portland, where he conducts the university orchestra, coaches chamber ensembles, and teaches music theory, music composition, orchestration, musicianship and fine arts classes. Prior to his appointment in Portland, he was an Assistant Professor of Music at UW-Marshfield/Wood County (Wisconsin), where he conducted the concert choir and orchestra, and taught various music courses. He was also the music director and pit orchestra conductor for the campus musicals. Some of his previous conducting engagements include the Rocky Mountain Chorale (Boulder, CO), the Jewish Community Orchestra (Portland) and various All-Conference and All-State ensembles in the Midwest. He is a frequent choral and instrumental guest-clinician and adjudicator.

Dr. De Lyser holds graduate degrees in conducting and composition from the University of Northern Colorado and the University of Portland, and a Bachelor of Music degree in Music Business from Minnesota State University Moorhead. He is a published author and award-winning composer whose works have been performed and premiered by professional, collegiate, community and high school performing ensembles throughout the West and Midwest. 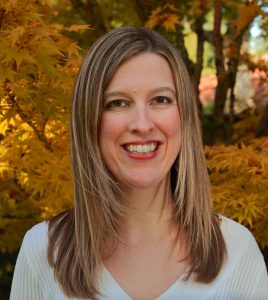 Megan has sung with CAE since 2006, served as alto section leader since 2010, and Assistant Artistic Director since 2013. She holds degrees in Vocal Performance and Music Therapy from Corban University in Salem, OR and Marylhurst University here in Portland. Besides her work with CAE, she has served as director of the Women’s Chorale at Marylhurst University and has directed a choir primarily for people with Parkinson’s disease, as well as supervising music therapy practicum students. She also works as a board certified music therapist in the Portland area, working mainly with children and people with developmental disabilities. She is a frequent vocalist at her church in Tigard and has also performed as a guest soloist at various concerts and events in Portland. 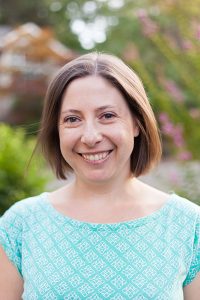 Jennifer joined the Choral Arts Ensemble as its accompanist in 2011. A native Oregonian, that year also marked her return to the Portland area after spending seven years in New York City attending school and then working as an accompanist, teacher, and director. Jennifer received her Bachelor of Music in Piano Performance from the University of Puget Sound and her Master of Music in Vocal Accompanying from Mannes College The New School for Music, in NYC. In addition to performing with CAE, she is on staff at Pacific University and Jesuit High School. Jennifer also freelances with several private voice studios for recitals and competitions. The rest of her time is spent keeping up with her two children, who luckily are great audience members when mom is practicing at home.

Get Email Updates from the Choral Arts Ensemble of Portland!

We send regular emails out with concert information and articles of interest from the Choral Art Blog. Please subscribe!